Taekwondo training includes a system of blocks, kicks, punches, and strikes as well as various take-downs and sweeps. Traditional Taekwondo combines combat techniques, self-defense, sport, exercise, meditation, and philosophy. Taekwondo has been an Olympic event since 2000.
We are former members of the United States Taekwondo Association under the guidance of Founder & President - Grand Master Richard Chun. Following the passing of G.M. Chun in 2017, we continued our association with the Richard Chun Taekwondo Headquarters under the leadership of Grandmaster Fred Kouefati.

*A minimum age of 8 years old is recommended to start training in Taekwondo. 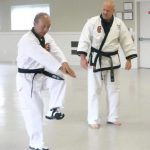 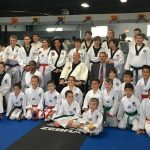 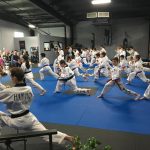